It has been about two years since my last post on here, but sometimes an event will hit you hard enough that you just have to put pen to paper, or fingers to keys, whatever it may be.

As many of you know and likely agree with me, service members hold a very special place in my heart.  Now those Sailors that I served along side from 2005-2015 take that to another level, these are the same men and women that had my back while serving.  I keep in contact with a lot of these folks, many of whom are still serving while many others are living the civilian life.  I love seeing these people succeed, no matter their path.  However, when I see one of the good ones having a tough time, I do what I can to step in and help.

I was deployed in 2013 on the USS Monterey with a great group of Sailors.  One of them was Jon Stremel, he was a go-getter and always willing to go above and beyond.  I remember hearing just after that deployment that his wife was pregnant with their first child.  I was obviously excited for him, but I transferred and I didn’t hear from him for a while.  Then on social media, I see him with his son all the time and beaming with pride.  But as many people do, we lost touch. 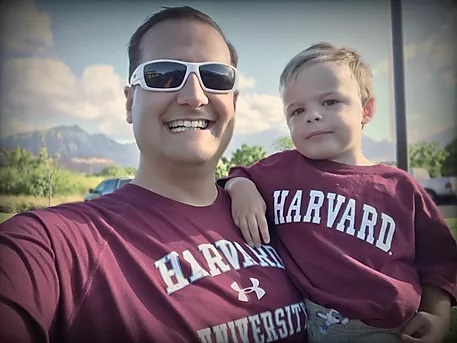 I recently found out why, and it sickens me.  Jon is currently stationed in Hawaii, living with Calvin, his autistic son.  He was awarded Parent of the Year from the Special Parent Information Network for 2019, which is a testament to his character after everything that he went through.  Over the past few years, he and his son were physically abused and attacked by his soon-to-be ex-wife.  She left marks on their son and on Jon regularly and he could not leave his own son alone with Calvin’s mom.  I could not imagine having to go through this, but the story goes from bad to worse.

Jon did what all Sailors were told at annual safety briefs, every indoctrination for new commands and bi-annually at mandated training sessions; he went to the Navy’s Domestic Abuse Shelter with his son.  They were turned away, not once or twice, but four times because he was a man and never reported the incidents to Child Protective Services.  He went on to follow Navy regulations and reported all of this up his Chain of Command, to have them try to cover up what happened.  He has been told by the Navy that he needs to go to a ship to remain in the Navy which would mean that he loses custody of his son.

Many of us on active duty have seen arrangements made for single mothers but I’ve never seen the same accommodations made for a single dad.  There is no way the Navy would be a part of sending a special needs child to an abusive father, why wouldn’t it be the same with the shoe on the other foot?  How are you going to ask a father to choose between keeping the job that he’s had for over a decade, with the best medical benefits, especially for his son who direly needs them, or custody?  In this post #metoo movement, the likes of Terry Krews got laughed at for trying to report an assault just because of his size and gender.  Where are the rights for the good dads?  Where is the common sense in these situations?  Us dads need to come together and fight for the good ones!

Please take 5 minutes to read Jon’s story and sign the petition below: