Our eight-year-old son Brennan is an extremely picky eater, but when I say extremely picky eater, it goes far beyond the norm and was actually diagnosed.  Many kids are picky eaters and don’t like veggies or certain foods, but this is not the same thing.  My wife and I have posted on social media about it before, whether in a proud moment or venting about another ruined meal and though we appreciate the empathy, very few people deal with it on this level.

Let’s give a little background on Brennan and this issue.  When he was a baby, he ate relatively normally and that went on until he was around 2 ½ with only a few foods that he didn’t like.  That was when things began to shift and he would refuse more and more foods.  We tried everything under the sun and his pediatrician told us not to worry and that he won’t go to college only eating a few foods.  Well she may have underestimated exactly what was going on.  When we talked to him about it, he tells us that it is not about the tastes, but instead the texture.  He has always had some sensory issues, whether it was his favorite blanket to his socks having to be exactly lined up to how much he hated sand in between his toes, so it made some sense.  Much of this has gone away over time and he has grown to really love the beach even though he still isn’t a fan of the sand.  This with his eating has only gotten worse. 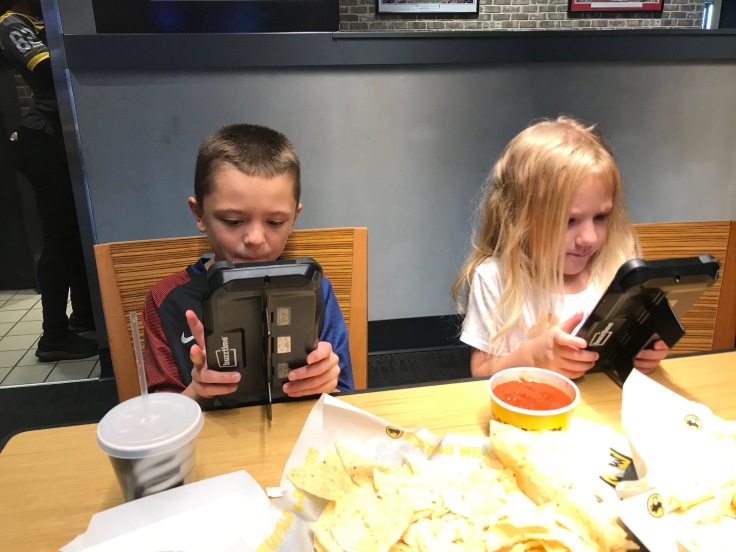 His list of foods that he will actually eat has diminished even more with certain restaurants’ style of pizza or chicken nuggets not being passable.  Up until a few months ago, the only foods that he would eat was down to pizza, fried chicken nuggets, Nutella sandwiches, pizza Lunchables, pancakes, breakfast sausage, apples, applesauce and strawberries…  With no exceptions!  He ate Nutella sandwiches for lunch at school every day.  Dinner was a terrible time of arguing and tempers flaring all around.  We tried it all from punishing him for not trying something (he lost many privileges), telling him he wasn’t moving until he did try something (he sat there until 11:00 at night once), only making him what we were having for dinner (he went almost 18 hours without eating before we caved) to basically forcing it into his mouth (he threw it back up).  When we hear from people that they dealt with this too and just force them to have something every day, it becomes more and more difficult to not have a sarcastic remark like “That’s a great idea, I’ve never thought of that hidden gem of parenting”, but I usually take the high road and say thanks.

When we thought that we were at our wit’s end, something finally started to turn his way.  My wife booked him an appointment at Kennedy-Krieger in Baltimore to be a part of a study for kids that are extremely picky eaters.  His first appointment was a grueling few hours of about 6 doctors from Nutritionists, Occupational Therapists to Mental Health Professionals evaluating him to see if he qualified, and he did!  A few more months go by and he was allowed to go in and be a part of this study.  It started slow but they would play with him and talk to him and start with certain familiar foods and then ease into other things.  He has tried six new foods which is pretty awesome! 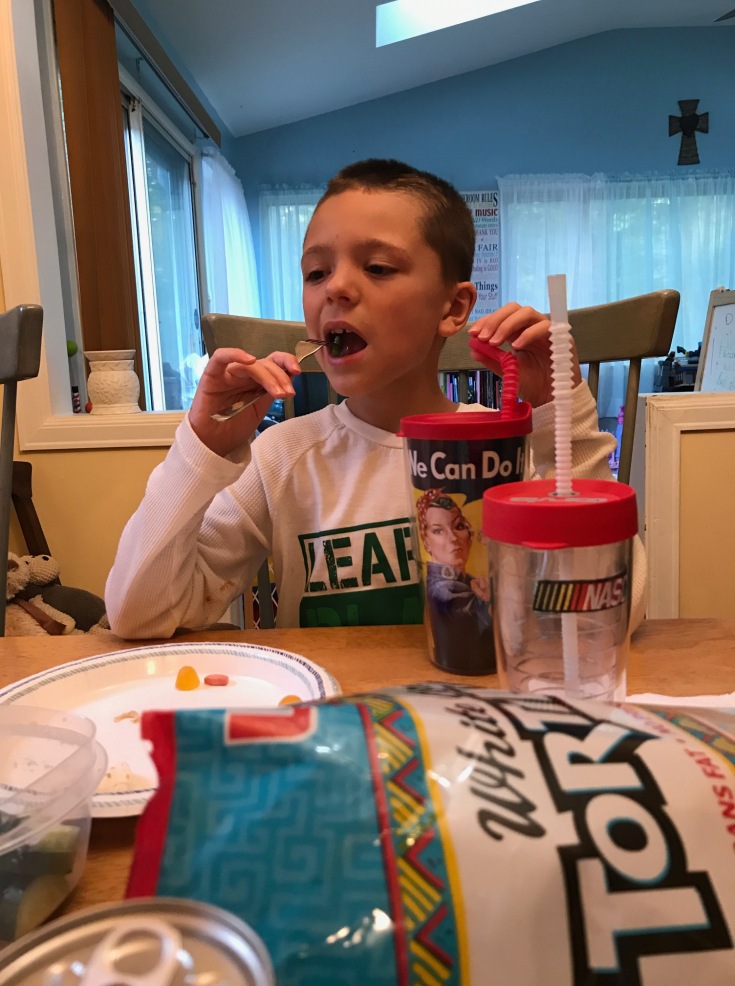 Last week something happened that had never happened before and we could not be more proud of him.  Both Brennan and his sister Lilly ate the same dinner with us two days in a row!  We had baked chicken with green beans one night and tacos the second night.  I’ll give him that his was just chicken on a tortilla, but it was so great to have him eat what we are eating and not have to make three separate meals.  When Lilly sees Brennan getting away with eating other things, she throws a fit but many times she will still eat what we are having and enjoy it most of the time.  To date, Brennan has eaten cheddar cheese, baked and grilled chicken breasts, green beans and just this week he tried cucumber (and he liked it) and macaroni and cheese (not his favorite but eating it anyway).  He goes in two to four week sessions where he eats the new food every day and we report how he does with it.  If he does each piece of food in a minute without throwing a fit, he gets a star and he can trade 5 stars for a prize.

He has done so great and it has been such a tough few years just trying to make sure that a restaurant has food that he will eat.  It is expanding and hopefully soon he will allow us to start venturing out a little bit more and he might even be able to come to some of the smokehouses that I love so much (but usually don’t have fried nuggets).  We look forward to expanding his palette even more and a huge thank you to those people doing great work at Kennedy-Krieger, you are truly lifesaver, or at least dinner-time savers!

Stay strong out there dads, it might take some work, but it can get better!

2 thoughts on “More Than Just a Picky Eater”